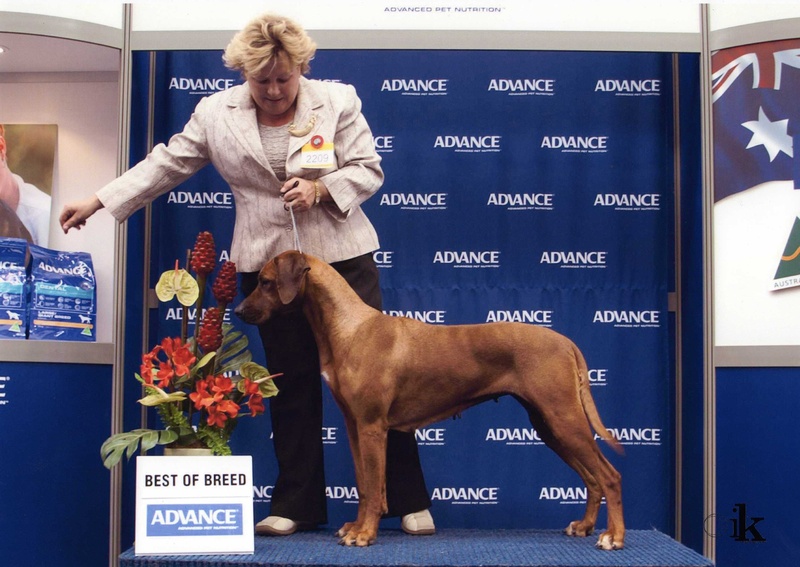 "Misty" is currently retired from the showring.

"Misty" is a wonderful show dog with multi group and show awards at all breeds championship show level, awarded by both local and international judges. Under Hound group specialists judges she has been awarded Runner Up Best In Show on two occassions at Hound Club Championship shows. "Misty" was the first RR to win best puppy in group at the Royal Adelaide Show creating breed history. Misty has also won multi RR Club breed pointscores and a RR of the year award in 2007

Misty achieved her championship status at 16 months of age from limited showing and continued to have success in the show ring with judges worldwide recognizing her wonderful qualities.

We are grateful to breeders Sue and Steve Codognotto (Ozrhode Knls) for entrusting us with such an outstanding Rhodesian Ridgeback. We also thank "Misty's" sires owners and Lisa Barrenger for allowing "Mojava"  to visit  Australia from the USA.

This website was built with Webnode
You can also have an impressive website for free!
Try it out